(Below is a sample of Alex’s work from the week)

GOLD –  I posted this in the comments, just showing how GOLD does not want to sell off, it has formed a triangle so far.

GOLD #1 – I have stated in the past that ‘TRIANGLES’ usually mess up daily cycle counts, so I just focus on what is in front of me.  At this point,  it is a Bull flag chewing away at consolidation on the far left ( May / June trading).   I would have expected a back test of the  50 & 200sma, but so far it just wont sell down. 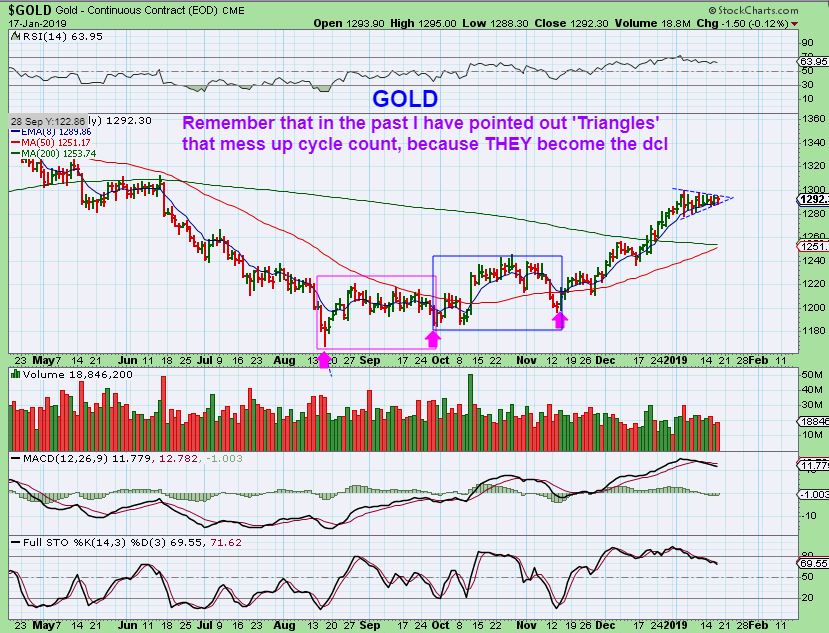 GDX –  My current thoughts :  I know that GDX held the 200 sma lately, but is it a mini bear flag?  I think that this can drop to the 50sma. Notice – It is under the 10sma, the 10sma is curled down, and I would normally expect a break of the blue trend line.  So I’m still watching for a tag or break of the 50sma.  IF THIS BREAKS OUT HIGHER above the 10sma, you can  simply ‘adjust to that’ and Buy it with a tighter stop under the 200sma, or a loose one under the 50sma. . 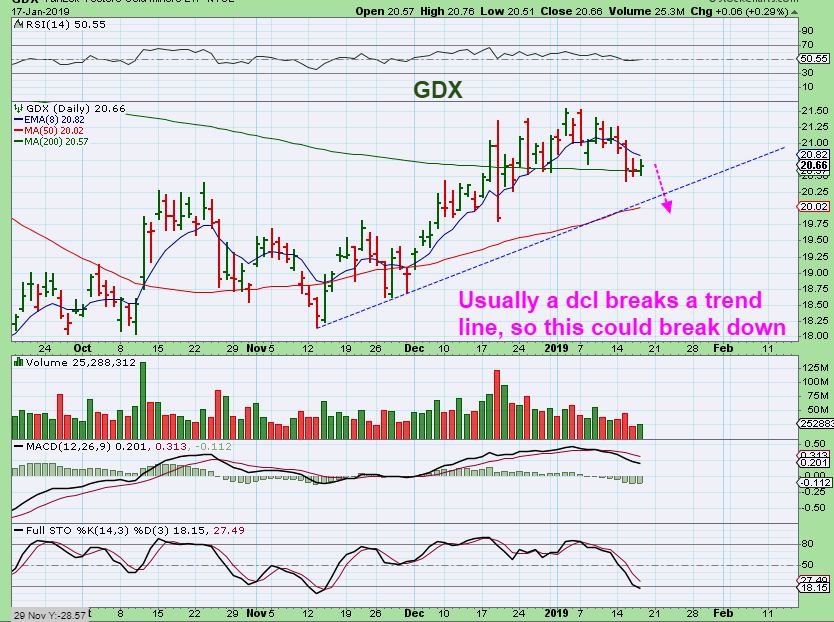 Let’s look at some Bullish Metals leaders, and then some that should play catch up 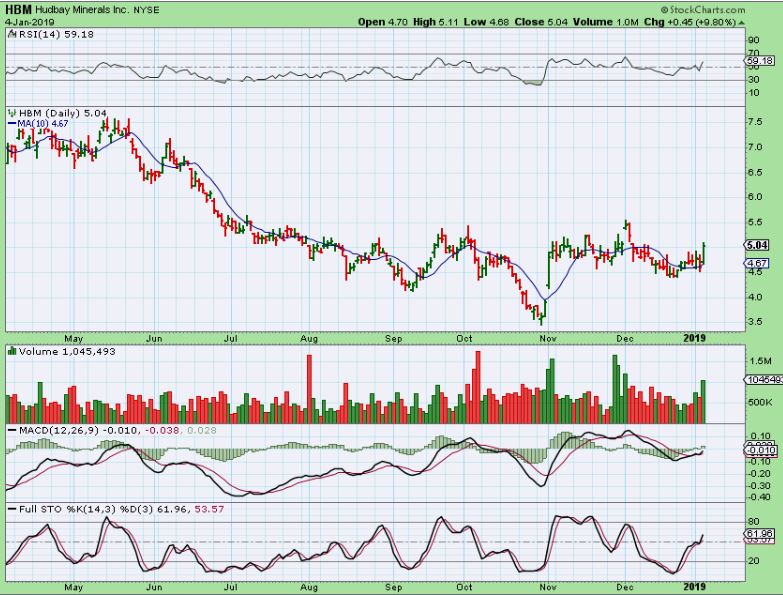 HBM  – HBM has been running with strong volume from there, and the Metals still seem to be  basing and Bullish. 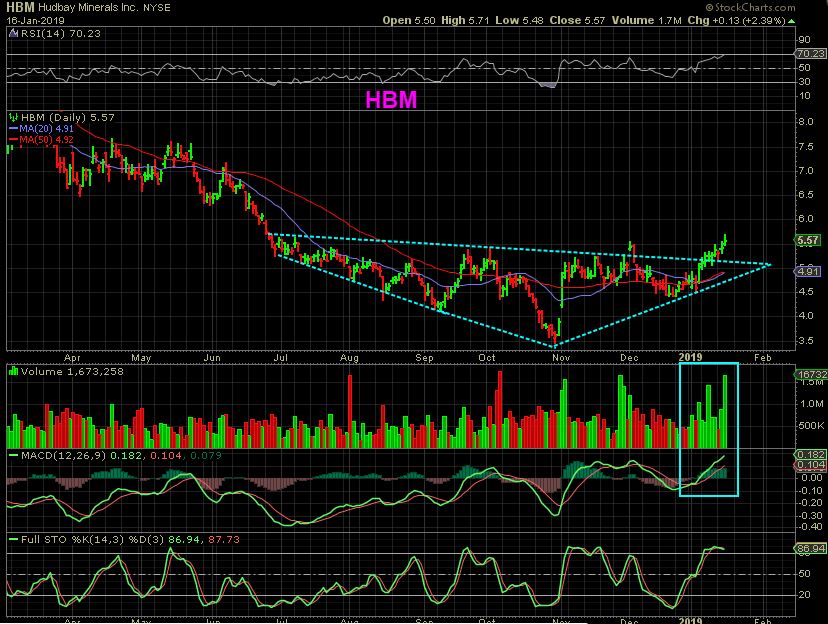 CPST #1 –  Capstone Turbine usually runs with Metals. I posted that this had a large POP out of the base, look for a possible bull flag to buy… 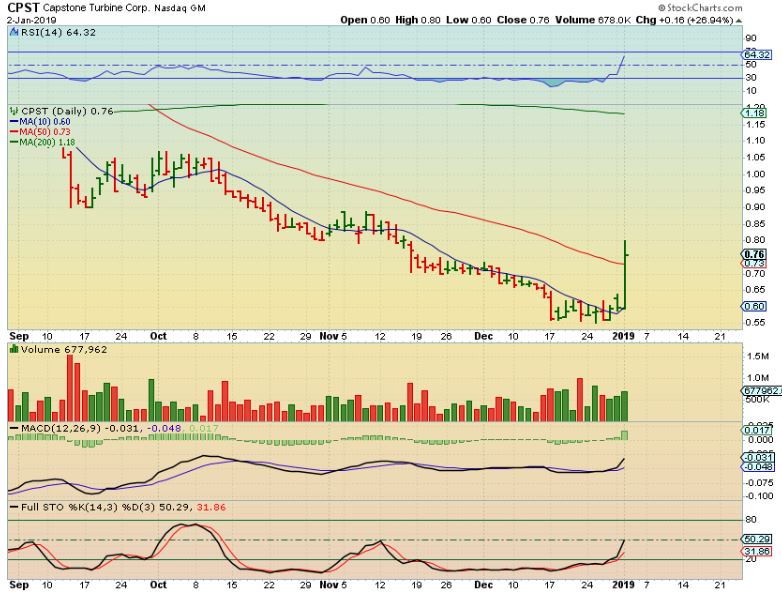 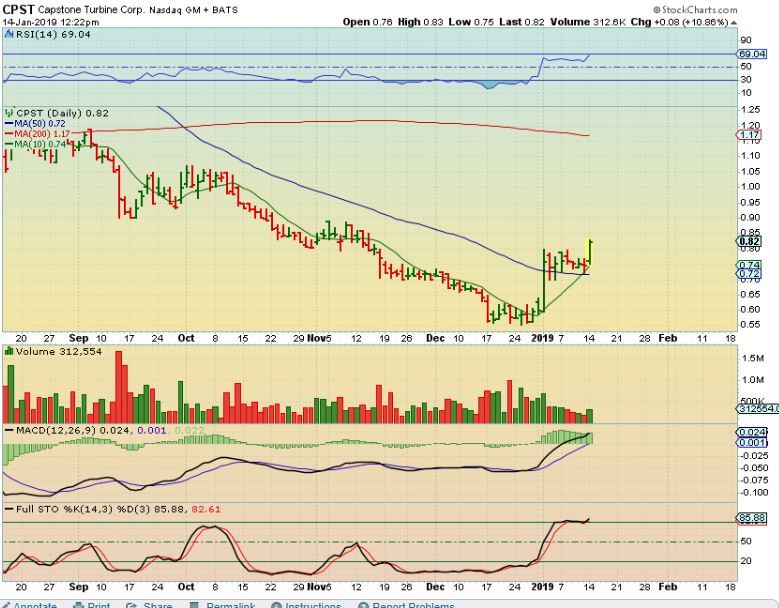 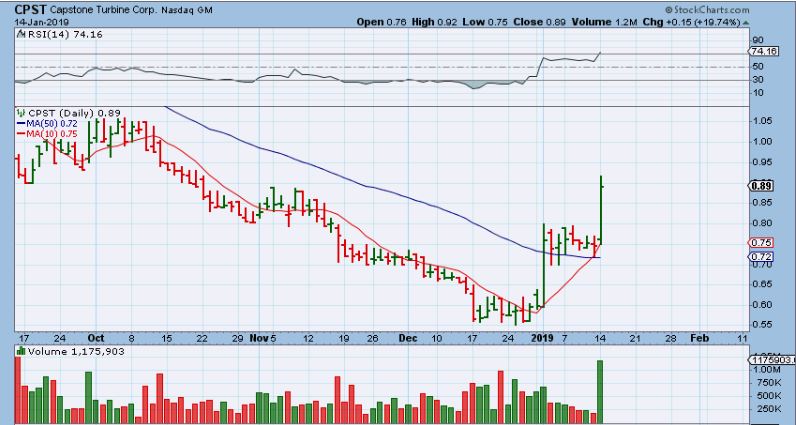 CPST #3  – CPST continues to  lead the way higher.   So let’s look at a few other Metals stocks setting up bullishly… 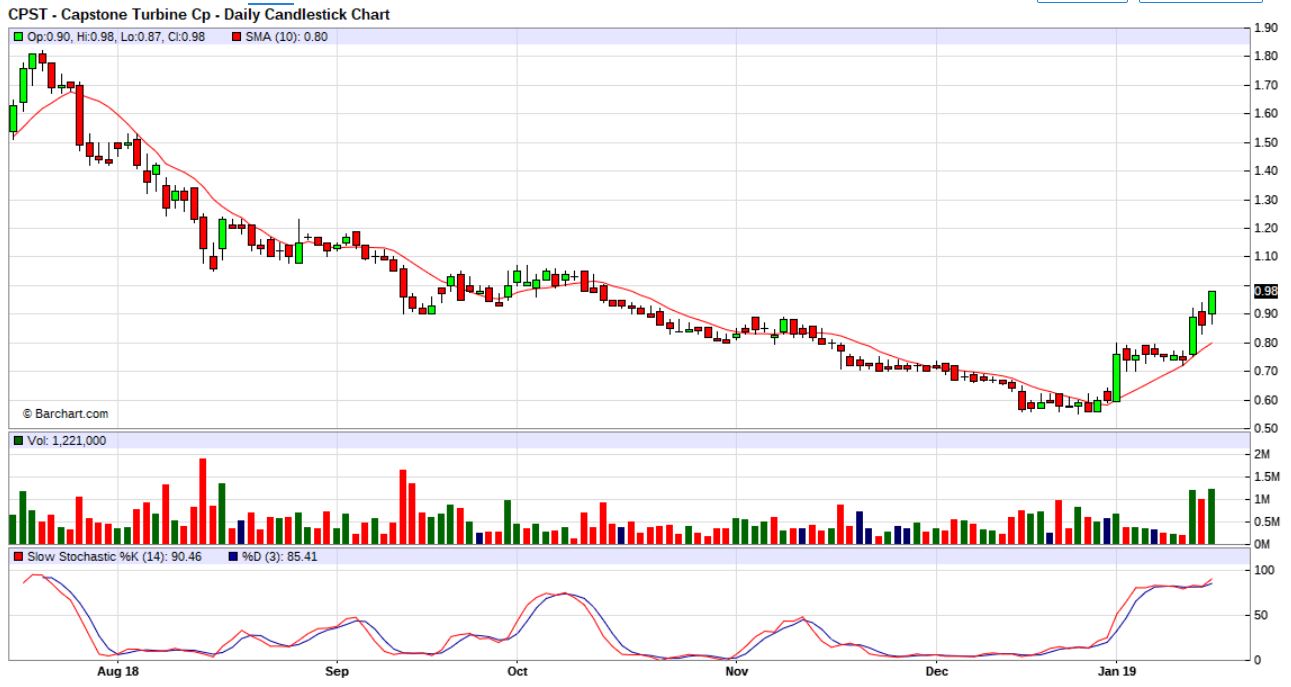 CLF  – Crawling under the 50sma,  this looks ready to pop higher soon. I would buy this , AKS, X, or many of these below with a stop in a reasonable place , in case of any bed news releases.  Hold a small basket of stocks for safety or start with smaller positions. 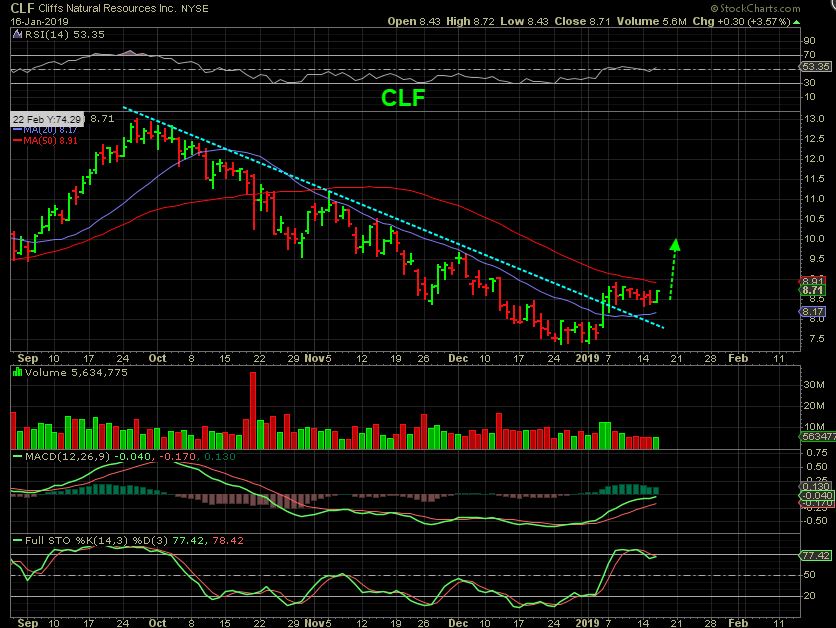 AKS – This is also crawling sideways and looks ready to pop soon.  Read the chart.  So keep your eye on your watchlist of X, CENX, AA, VALE, TGB, WRN, ETC. 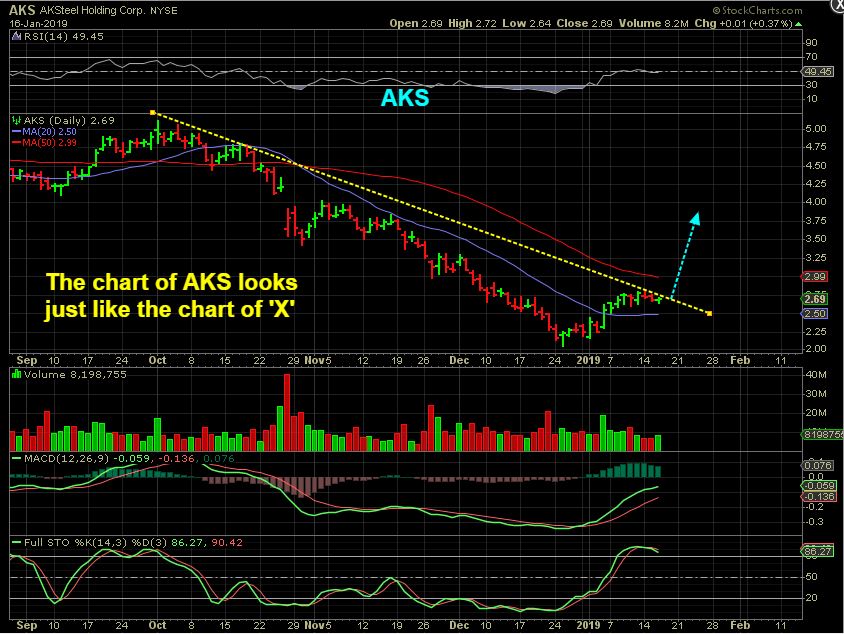 ZEUS  broke out yesterday, as a possible leader, so watch X, AKS, etc. 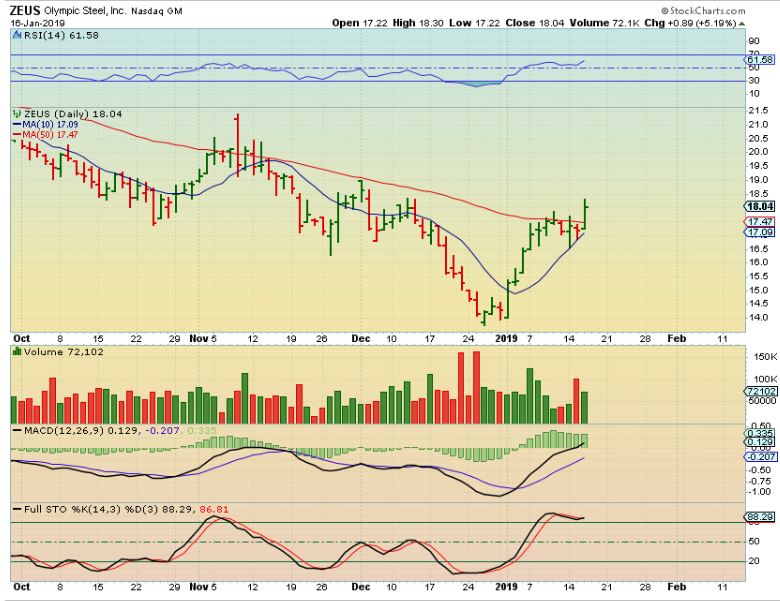 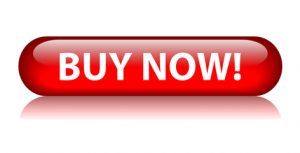 Jan 19th Big Picture – Is That Etched In Stone?
Scroll to top